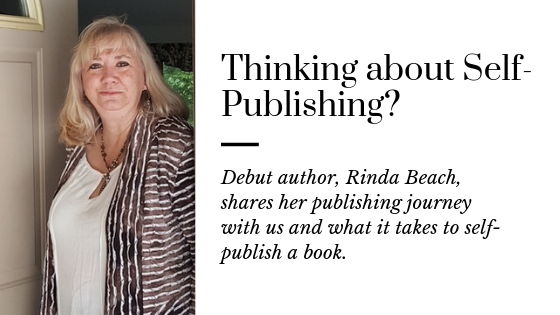 Making its debut in time for the anniversary of the moon landing is Neil Armstrong’s Wind Tunnel Dream by Rinda Beach. But it wasn’t a smooth landing to self publish this book.

Rinda Beach graciously sat down to discuss her publishing journey with me and what it took to self-publish this story. It takes a village (and a dream) to make this all a reality.

As an Amazon Associate, I earn from qualifying purchases. Clicking on one may result in a commission for me at no cost to you!

Rinda Beach’s Publishing Journey- How to Self-Publish a Book:

Your debut chapter book, Neil Armstrong’s Wind Tunnel Dream, launched before the anniversary of the moon landing. Tell us a little bit about why you made the decision to self-publish and how you were able to get the date to work in your favor.

I have other manuscripts in the works, but I came up with this idea last spring. I looked at traditional publishing, but it wasn’t possible to make the date. It takes at least two years to complete a book. By self-publishing, I was able to get it done in a year. My book birthday was supposed to be May 1st, but it was delayed until May 17th. That still gave me two months to spare before the big anniversary.

Tell us a little bit about your book. Where did your inspiration come from?

NEIL ARMSTRONG’S WIND TUNNEL DREAM is based on the true story of how Neil at age 16 built a wind tunnel for his senior physics project in 1946. The story was lost until I put the pieces back together again. I started with 3 facts about the original wind tunnel. I used my research and tech-savvy friends to put the story back together again.

The idea came from my volunteer work at the Armstrong Air and Space Museum in Wapakoneta, Ohio. That’s Neil’s home town. I found two small pieces of the original wind tunnel. They started me thinking, and imagining.

Walk us through the process you went through from idea to publication:

In an April class, Mira Reisberg asked for two opposites. Mine – Neil built a wind tunnel, and his mom didn’t peek until it was done. I would have been all over that project!

In May, I started researching Neil’s story and checking out publishers. In June I started writing. I spent the summer editing the story, over and over again. I also started searching for an illustrator.

By the end of the summer, I decided self-publishing was the way to go. I was lucky! My friend, Donna L. Martin advised me through this voyage. Without her, I would have taken another route.

In the fall I was looking for my second illustrator. My first backed out because she was worried about time constraints. In October, my second one fell through. She was worried about liability with Neil’s family. In November I lost a third, in one day! In the morning we worked out contract details. By evening, she discovered she was moving sooner than expected.

I was ready to ‘let Neil go,’ but the Helen Hunt Club talked me into continuing the search. They even gave me three names. None worked, but a friend suggested Cole. We signed a contract in early December. By early March he completed 6 black and white interior illustrations plus the full cover.

Meanwhile, I kept editing. In November, I did a class with Callie Metler Smith. She said my first chapter read like a book report. YIKES! I asked where, and by our next class, it read like a story. Callie had two tiny changes. In twelve years of trying, this was the best critique I’d ever had.

In late January I started on the back matter, but I was still editing the story. It didn’t stop until Cole reached the back cover in late February. I asked my middle school English teacher for a quote. I couldn’t believe she found four small glitches. I changed three but skipped the fourth. It added too many words to the story. Then Donna read my changes, and we found another place, a different one. That was my final edit. Time to let this story go!

I spent March working with Ingram to get the text and illustration formatting right. If they sent me an error message, it was my job to figure it out and fix it. I was finally ready to work on publicity in April. That’s when the worst thing happened. April 9th, I discovered Purdue had a trademark on Neil’s name and image.

I stopped everything. It took me till May 15th to get Purdue’s permission, then a day or two to add Neil’s trademark to the formatting. On May 17th Neil celebrated his book birthday!

What does your marketing strategy look like as a self-publisher?

This is my first published book so I’m learning as I go. I decided to start small with my local area and expand out. Ingram and their distribution catalog for new books were where I started. That got me into Amazon, Barnes & Noble, and whoever else picked it up from Ingram.

I found two shops in Wapakoneta. They’ve both had me in for events. My book is also at the Armstrong Air and Space Museum.

I’m reaching out now to local stores in Lima and beyond. I’m also starting to Google air and space museums, especially ones with wind tunnels. I’m planning on reaching out to them.

I joined On the Scene in 2019, a debut group that helped me publicize my book. They’ve also helped me get a few reviews, a podcast, and 3 upcoming blog posts with other authors.

What’s the most challenging part of self-publishing?

There is so much to learn and to pay for. If you are traditionally published, you have so many services offered to you.

As a self-publisher, you find your own editor and illustrator. You’ll do your own legal work for a contract or for problems that arise. You buy your own ISBN numbers and template to put your manuscript and your illustrations into. You’ll set up an account with a printer like Ingram and submit your manuscript to them. They’ll send you the errors, but you’ll have to fix them yourself.

Finally, you’ll have to set up and run your own marketing plan. My learning curve this year has been sky-high! I love the independence of self-publishing, but there are days I long for traditional publishing!

What is the biggest obstacle you have run into so far?

On April 8th I discovered Neil Armstrong’s name and image were trademarked to Purdue and its foundation. I was dead in the water until I could negotiate a permission agreement.

It was hard to swallow because I thought I had done my due diligence checking into Neil’s family/legal liability back in November. No one mentioned Purdue. If they had, I would have taken care of it then.

With help from a few friends, I found Purdue’s Research Foundation. I reached out to them, and finally May 15th I got my permission. It took a month. I went quiet while I waited. I didn’t want to do anything that would delay the permission or make it more expensive.

Lesson learned, now I’d check with a legal expert about issues ahead of time, especially when writing about a specific person or place. And finally, if you do get stuck, forgive yourself. You don’t know what you don’t know. Then pick something else to work on like a marketing plan or other manuscripts.

What has been your favorite part of the process?

Working with people. Writing is such an isolating job. It’s wonderful to work with other writers to produce the best manuscript possible.

The illustrator put pictures to my words. Friends advised me about business matters whenever I asked, or they saw an issue. IngramSparks and Purdue got me through technical difficulties. My debut group worked as a team to publicize our books.

It took a village to write and publish Neil’s story, and I’m grateful to each one of them.

What was one thing you learned that would help other authors?

Keep asking questions about the process. You are going to run into things you know nothing about. Ask those questions, and you’ll be on your way to answers. Don’t forget to forgive yourself for mistakes. It’s part of the process, part of the journey.

Do you have plans to self-publish more books? Anything else in the works right now?

Absolutely! I have an idea for a book that I’m pricing for viability. I want a regular market that can sustain itself. Like Neil, it has a niche that people will continue to want over time.

There will always be people in Wapak who will buy the book. If I can reach out to a larger audience, there are people who’ll continue to read Neil’s story, who’ll want to learn about wind tunnels. My back matter includes DIY directions to build your own wind tunnel. 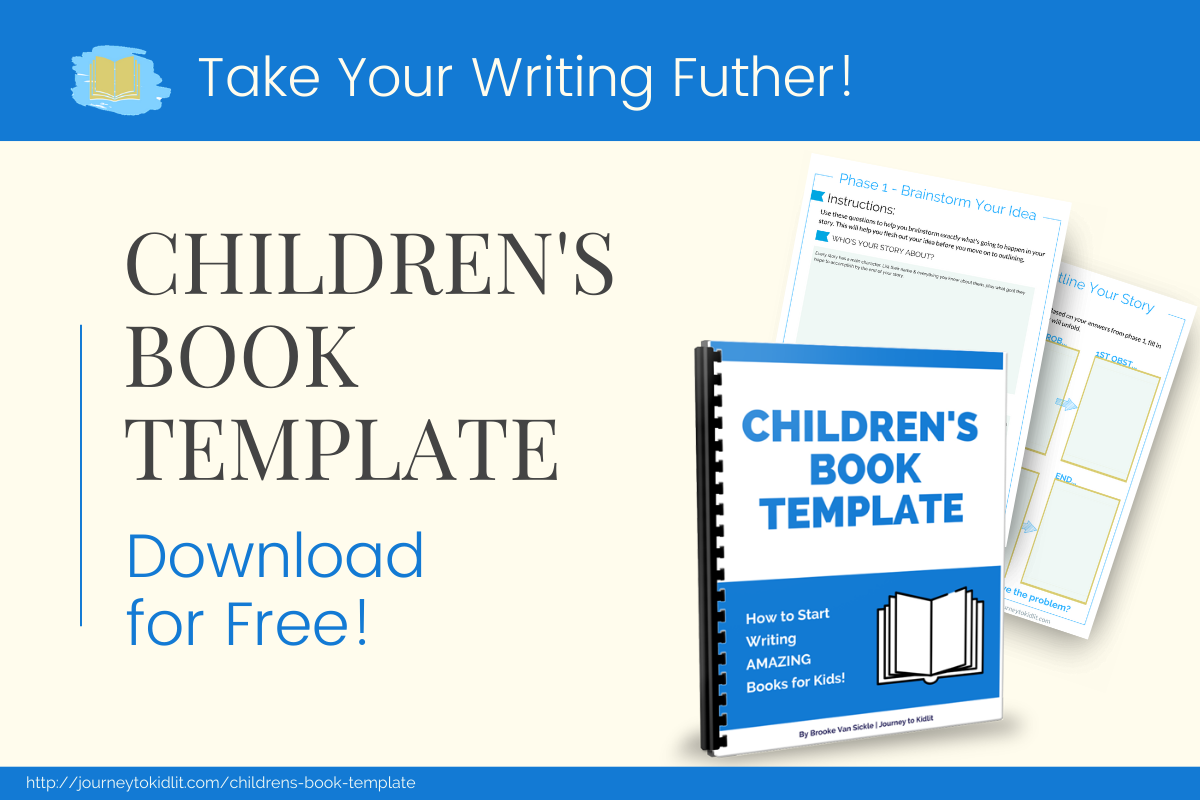 What would be your best advice for someone looking to self publish their book?

Find a few good friends who can advise you on how to get going, how to troubleshoot when you run into problems. Without mine, I wouldn’t have self-published Neil.

If you run into a problem that you don’t think you can handle (like trademarks), look at your community of friends and ask for help. Most people are thrilled to be asked for advice. Really!

Self-publishing is a hard but worthwhile adventure! Thank you to Rinda Beach for sharing her journey with us. Be sure to pick up Neil Armstrong’s Wind Tunnel Dream and celebrate the 50th anniversary of the moon landing. And to learn more about Rinda Beach, visit her website here.

For more author interviews, check out these articles:

How to Write a Children’s Book Template12K Total Shares

How to Write Characters that Kids Love8K Total Shares