You should never give up on your idea for a kid’s book. Our interviewee is proof of that! Brian Gehrlein is the author of Picture Book Spotlight and just signed with his agent after receiving over 600 rejections from his queries. Proving that every writer needs persistence to write a kid’s book.

This is a great interview about what it takes to write books for kids and why you should never give up on your dreams. Every book deserves a place on a child’s bookshelf if you write it well enough. Read this interview to inspire you to keep pursuing your story idea, no matter where you’re at in your publishing journey.

Full Interview with Brian Gehrlein on What it Takes to Write a Kid’s Book:

1 – Tell us a little bit about your journey to becoming a KidLit writer:

I can’t truly remember how it all started but I’ve always seen myself as a writer and an entertainer for sure. I was always the class clown and tried to get my classmates’ attention in school. That later extended into writing in high school and college through theater.

I wrote and produced a lot of plays for school and the community theater. And then in college, I began writing satirical kid’s books when something clicked. I wondered “What if I wrote a real one?” So I started playing with ideas and it evolved from there.

2 – What did your path look like when you decided to take the leap and write a kid’s book?

I became a member of SCBWI in 2016 and started asking questions to help understand what it would look like to get published. From there, it was lots of research and learning!

Finally, in 2017, I began querying. Which took about 2 years from that time before I signed with my agent. Although I recognize that seems fast, that time helped me realize you can’t control everything. You may work your butt off but there’s so much you don’t have control over like fate and timing. But there’s something magical about persistence.

3 – All that hard work really did pay off! You now have an agent. Tell us how that came to be.

Lots of door-knocking and rejection.

Before I’d signed with Melissa Richeson at Apokedak Literary Agency, I’d been rejected 600 times. I had a bunch of manuscripts (some of which I probably shouldn’t have sent), but I have always been the guy that isn’t afraid to take risks or fail.

One thing I learned along the way was just because an agent sends you a rejection, doesn’t mean they’re rejecting you — they’re rejecting your project. Agents are open to receiving other submissions and take it project to project. So I adopted the mentality of it might be this draft or story that isn’t clicking, so why not try something else.

Melissa wasn’t even the agent I was querying at the time. She was still an assistant, but she’d read all three of my submissions. So when she was promoted to associate agent, she remembered my writing and reached out.

No – I’m also fascinated with Middle Grade fiction, too. In fact, I’ve started a novel but it’s still cooking. I’m also interested in writing YA. But yes, I have written tons of picture book manuscripts.

5 – Are any of those currently on submission?

Yes, three of my picture books are on submission! One is my Ninja Noodle story. It’s been out since March, so I might revamp it to give it a fresh take. I also have a lyrical picture book about understanding where home is that pays tribute to my dad, who served in the armed forces for 20 years.

It’s a rhyming picture book and reminds you of the commercials that show when a service member comes home. Those get me every time! So I’m excited about that one. And the last one is a highly interactive picture book that’s intended to get students or groups active. If you don’t follow the rules, Dennis the monster will eat you.

6 – Not only do you write books, but you also run Picture Book Spotlight, which features other picture book writers. Why’d you start that?

I believe it’s important for aspiring writers to have an online presence before you have a book come out. Originally I had a literary blog where I shared my own writing online. However, it didn’t really go anywhere and mainly only friends and family ever read it.

At the end of 2018, I asked myself “Does this site reflect how I want others to perceive me as a writer?” No. So I looked at what other children’s book writers were doing. They were offering interviews, which I also thought would be fun to do.

So I completely scrapped everything and rebuilt my site to what it is now. I made sure it was visually inviting to readers and tried to ask deep questions to really get to know the people I was interviewing. There are always some questions I generally ask, but I like to tailor it to each specific person.

7 – Are interviews the main feature of Picture Book Spotlight?

95% of the site is interviews and we also offer giveaways. Everyone’s been very generous and creative with what they can provide! It’s just another way to add value to the readers and give them more purpose for wanting to read the interview.

I also occasionally write a book review or a blog post about my journey. Although it’s not as often. Right now, I have a post about what it’s like to have an agent and what they do after you sign with them. I also think it’d be cool to eventually move into other mediums like podcasting.

I’m an English teacher, librarian, blogger, writer, dad, and husband. There’s a lot of things I need to do every day and I lot of things I don’t get to throughout the day. Since I try to be as present as possible when I’m home, normally I find time on the weekends or late at night to write.

I also get a lot of downtime as the desk clerk at the library, so I’ll take advantage of those moments. Since it always feels like I’m behind, when I finally get the time to write, I try to make the most of it.

It’s important to get into the context in which you can be creative during these moments. For me, that’s allowing myself to play. I’ll sit and play with ideas, characters, and wacky concepts without editing or judgment. Then I’ll look to see if there’s anything there.

And when creativity is hard, I’ll meander in the kid’s section of the library.  Stuff starts to come from there whenever I’m in a funk. When you find the time, make sure you’re in a mental state that will maximize your creativity. That’s how good stories happen.

9 – What the biggest thing you’ve learned so far?

Never give up. I know it sounds cliche, but it’s what I believe. Here I am – I have an agent, and I’m on submission, but the waiting can be grinding. There are pockets of time when the industry is active and other times when it feels like there isn’t anything going on, so you have to be patient. I’m also still getting rejected even though I have an agent. It’s just different people rejecting me now.

If you truly love the writing, you can’t rush it. This isn’t something you do for a quick buck. You do it because you love your stories and your characters. It’s what gets you through the long desert waits.

10 – Best advice for someone looking to get published?

Really ask yourself why. Why are you doing this and what’s your motivation? If it’s anything other than you have a story you desperately want to tell, then you shouldn’t do this. You owe it to your story to give it your best.

A lot of people do this for the wrong reasons. People think that writing kid’s books are easy. But this isn’t an “Easy” industry. You still need to put in the work, learn the craft, and know what’s going to make a good story.

Thank you to Brian Gehrlein for sharing his journey with us! If you want to learn more, check out his site here.

It Takes Perseverance to Write a Kid’s Book! 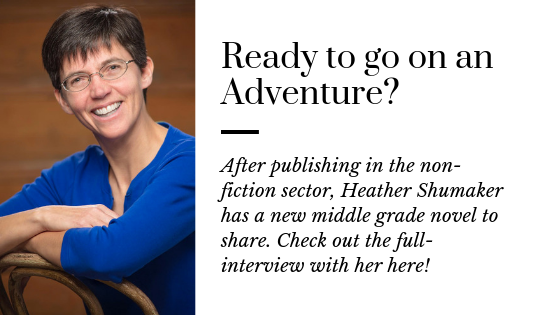 Heather Shumaker has already published three non-fiction books for parents about early childhood development, but this is her very first fiction book and it’s for… 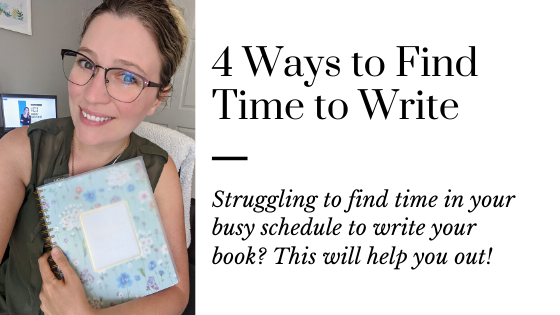 Have you been struggling to keep up with your writing schedule? Is it because you don’t think you can find time to write? I understand!… 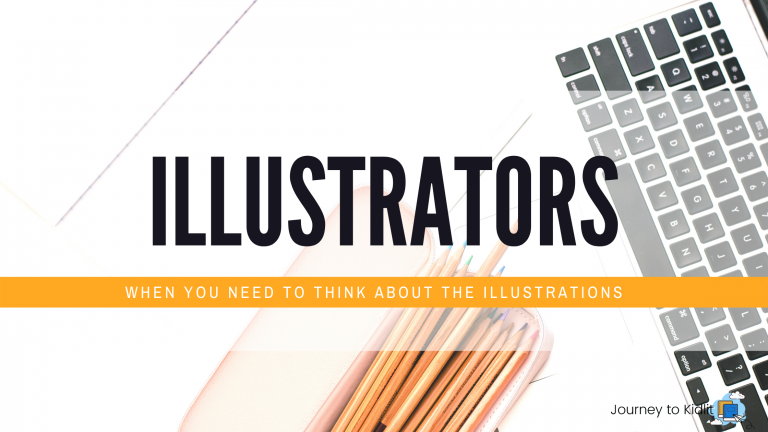 If you’re anything like me, you may have zero plans to illustrate your children’s book. However, knowing that children’s books almost always involve pictures, you… 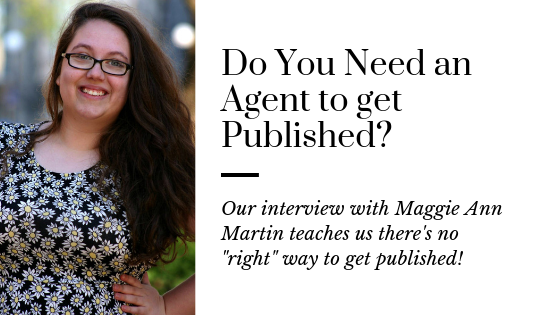 Do you think having an agent is the only way to get traditionally published? As our latest author proves, you DO NOT have to have… 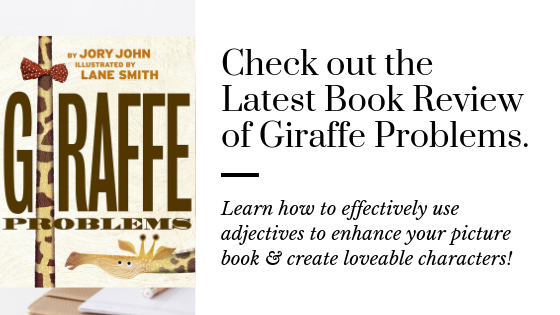 Picture book author, Jory John, is known for his funny books that tell an interesting lesson. Like the Bad Seed, the Good Egg, and Giraffe… 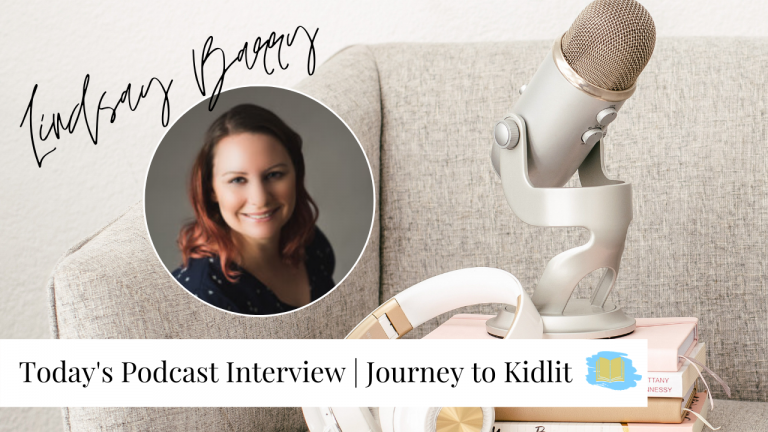 It’s hard when you’re a busy mom and have a children’s book idea you can’t wait to write about. How do you find the time?…